I often wonder why highly successful people who are acknowledged leaders in their chosen field barter their hard-won respect to become bit-players in the political landscape. Please spare me the ‘social service’ spiel. Even beauty pageant contestants pledge to use their fake smiles and silicone-enhanced assets to usher in ‘world peace’.

The most obvious attractions are financial gain and the fake glamour of our ‘VIP culture’. Money no one can argue with. Rewards vs Respect is a personal decision. Getting saluted at airports and escorted into airplanes out of turn – not so much – because your flight also takes off and lands at the same time for the poor fellow who had the door slammed in his face by the security guy who salaamed you.

Shah Faesal is a case in point. I have never met Faesal but he came across as an erudite and efficient career bureaucrat with a poetic bent-of-mind. His trajectory – from a highly-regarded official once hailed as a role model for thousands of Kashmiri youth to a rather unfairly reviled figure in Kashmiri politics – is comparable to that of the unfortunate Icarus. Even his major achievement of topping the IAS entrance examination has been questioned by uncharitable critics as ‘match fixing‘ by the ‘Deep State‘.

I have not walked a mile in his shoes but I do believe that over the years his bold approach could have contributed to improved policy-making and delivery of governance at the grassroots level in Kashmir (which politicians usually abandon as soon as the last vote is cast). Politics kahaan bhaaga ja raha tha. 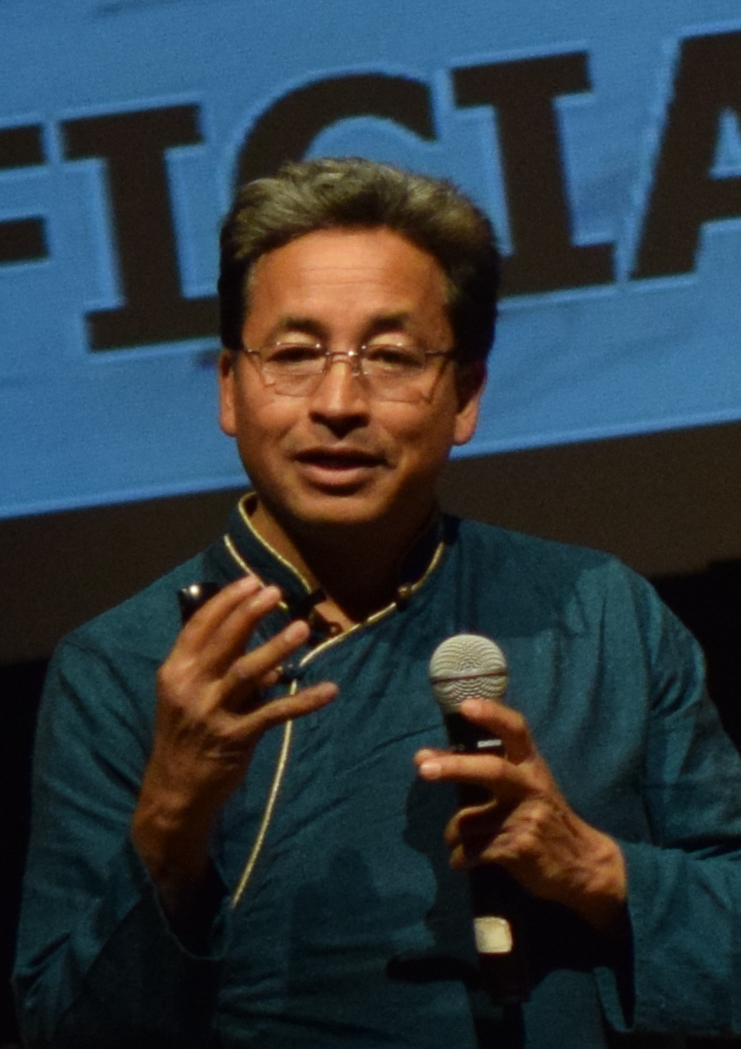 In Ladakh, Sonam Wangchuk is someone I admire for personifying the rare duality of an intellectual who is also an achiever (over-achiever, actually, in the most complimentary use of the term). In our system thinkers are rarely doers or achievers.

Sonam Wangchuk has a slew of prestigious international awards to his credit in teaching, ecology, technology, enterprise and architecture. I like his criticism of the unnecessary importance given to cricket and Bollywood in India while real-life issues are ignored.

In these ultra-jingoistic times what impressed me most is his philosophy of dedicating one’s life to serving one’s nation usefully instead of needlessly being sacrificed for it – drawing praise from Javed Akhtar at an awards function also attended by Aamir Khan. This was the background for Sonam Wangchuk being widely regarded as the inspiration for Phunsukh Wangdu, the famous character from 3 Idiots. Unfortunately the well-meaning inventor/educator proved to be no match for the wolves of the the Bollywood film industry.

I was perplexed, therefore, when Sonam Wangchuk decided to take on the alpha predators of the political world in the 2015 elections for the Ladakh Autonomous Hill Development Council (LAHDC). As expected his New Ladakh Movement (NLM) failed to win even a single seat while he himself polled a minuscule number of votes in his own constituency. The aphorism ‘nice guys finish last‘ is especially true in the world of politics.

I believe that Sonam Wangchuk has the potential for being an influencer for positive change at the international level if he manages to avoid the murky cesspool of regional politics.

In an article titled ‘The Allure of Politics’ Kenneth Francis offers another insight. Talking about an ‘ex-politician quite unpopular with the public‘ he voices his realisation that ‘perhaps his status induced respect and some kind of sex appeal in private company, especially around a certain type of person, who cunningly seek social gain by ‘rubbing shoulders’ with ‘one’s betters’ on the gravy-train networking ladder‘. Does that sound familiar. A flamboyant Kashmiri politician and his less-endowed imitators spring to mind. Dissoluteness seems to be the third attraction of politics.

So are all politicians unworthy of our respect. Not all. There can be politics with a difference. Let us consider the New Zealand Premier, Jacinda Ardern, and her trademark ‘politics of kindness‘.

In contrast to our politicians who stoke religious frenzies for votes, Jacinda Ardern left her church because it conflicted with her personal views on gay rights. She has described taking action on climate change as ‘my generation’s nuclear-free moment‘. And, horror of horrors, in a statement that must have caused all modern imperialists to choke on their champagne, she actually used the term ‘blatant failure’ while talking about capitalism.

In a world where most western leaders follow the policy of demonising Islam so the international arms trade can flourish, Ardern has voiced support for a two-state solution to resolve the Israeli–Palestinian conflict and condemned the deaths of Palestinians during protests at the Gaza border. She has raised the issue of Xinjiang re-education camps and human rights abuses against the Uighur Muslim minority in China, and the persecution of the Rohingya Muslims in Myanmar.

On 15 March 2019, 51 people were fatally shot and 49 injured in two mosques in Christchurch. Arden described it as a well-planned ‘terrorist attack’. Western leaders usually reserve the term ‘terrorist‘ for Muslim perpetrators while the rest are described as ‘shooting incidents‘. Announcing a period of national mourning, Ardern was the first signatory of a national condolence book and a photograph of her hugging a member of the Christchurch Muslim community with the word ‘peace’ was projected onto the Burj Khalifa.

Maybe I did her a disservice by calling her a politician. An inspirational leader would have been a better choice of words. Whatever ups-and-downs may follow in her political career, these speeches have made her premiership immortal.

More power to you Ms Arden!

*Jacinda Ardern visits members of the Muslim community at the Phillipstown Community Centre, 16 March 2019. Captured through a glass window, the photo was widely shared at the time and described by The Guardian as “an image of hope”.